Hopefully you had a chance to see some of the EPIC history being made this past Saturday, for this years Women March. Women and Men, young and old, stood together as one, not just over the country, but over the WORLD. People got out and marched in places from Alaska to Tel Aviv and every other which way.
I woke up Saturday morning debating on going to the march, due to a night out on the town. Fortunately, my goal this year is to get comfortable using my camera more, so I told myself this wasn’t an event I wanted to miss; not truly grasping the beautiful day I was going to have in store.
I was ready to head out by noon and decided on taking the Metro, based off of the already large number of people in attendance. I knew I did NOT want to deal with circling around looking for a spot or paying a million dollars to park. What an experience! I have never in all of my years of riding public transportation have I seen the trains packed the way they were. There were so many people! I decided to skip the first train I started waiting for, hoping I’d ease my way onto the next one, and eas my way I did. Tons of people shuffled their way in one by one, filling up every open corner possible. I’m not one to be bothered by situations easily, but as we begin to sit there for minutes with no elbow room or air, I began to get nervous. I’m not sure if it was the demure woman in front of me whom I could tell was fighting against some type of attack of her own, or the fact that I had on two jackets; but anxiety started to take over & I had to do everything in my power to talk myself down until the train turned back on and we got going. I hopped off at the next stop, not even sure if that’s where I needed to be. I was just happy I was out & had no problem walking wherever I needed to go.
Good thing Pershing Square was right where I needed to be. The moment I came from underground, I saw the streets were filled with people. I followed the crowd and found my way to the main stage on Broadway, not before admiring the sea of creative signs floating around me. As I made my way through the streets and the crowds swarming them, I took the time to bask in the greatest feeling of togetherness I’ve felt in a long time. Many actress and influencers took the stage to drive the importance not just for “women’s rights” but for “human rights”; especially with the worrying minds now that the new president has taken office.
I even met up with a friend who let me sport her lovely sign!
Pictures truly speak louder than words, which is why I just want you to get a glimpse of what I experienced. If you went to any of the marches, i’d love to hear about your experience! 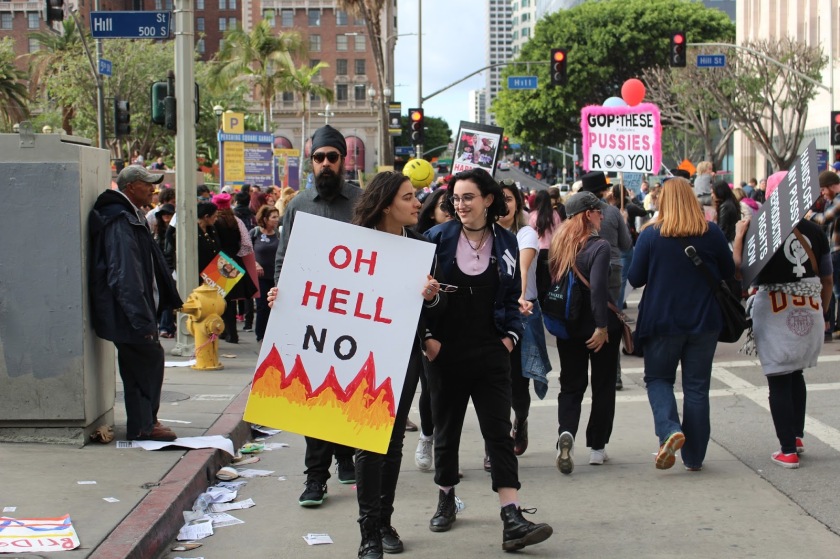 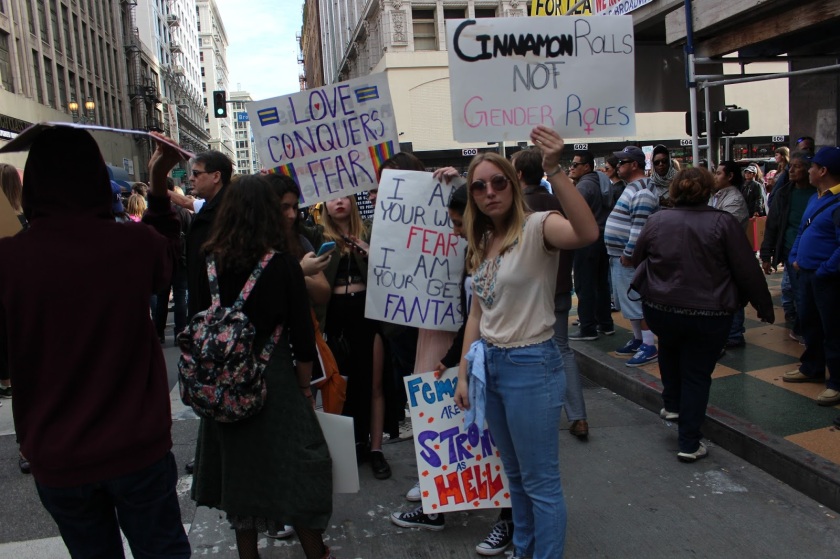 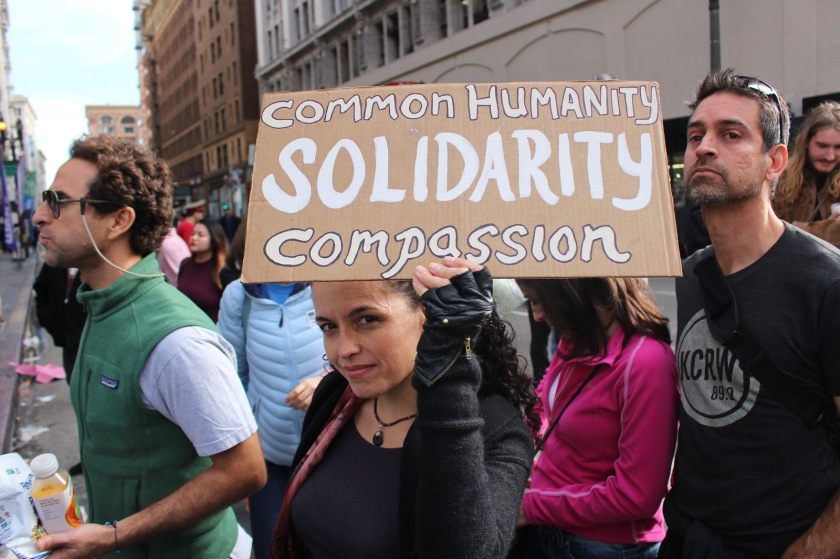 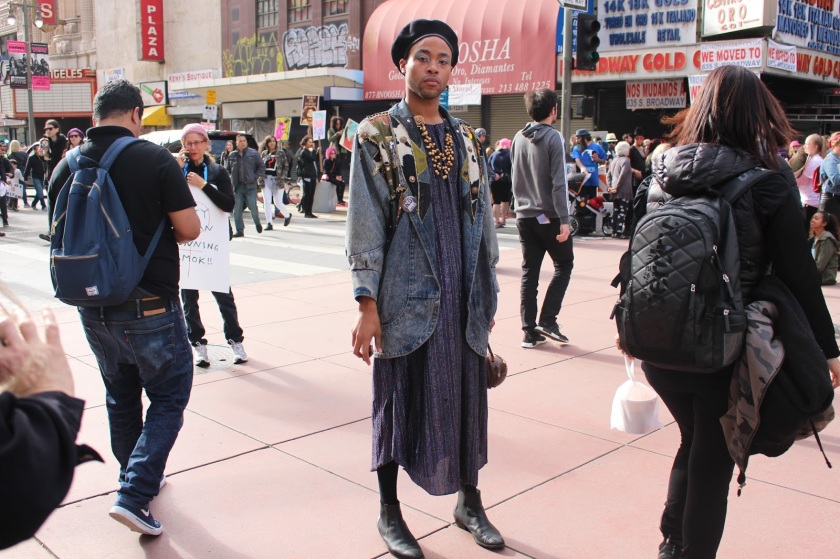 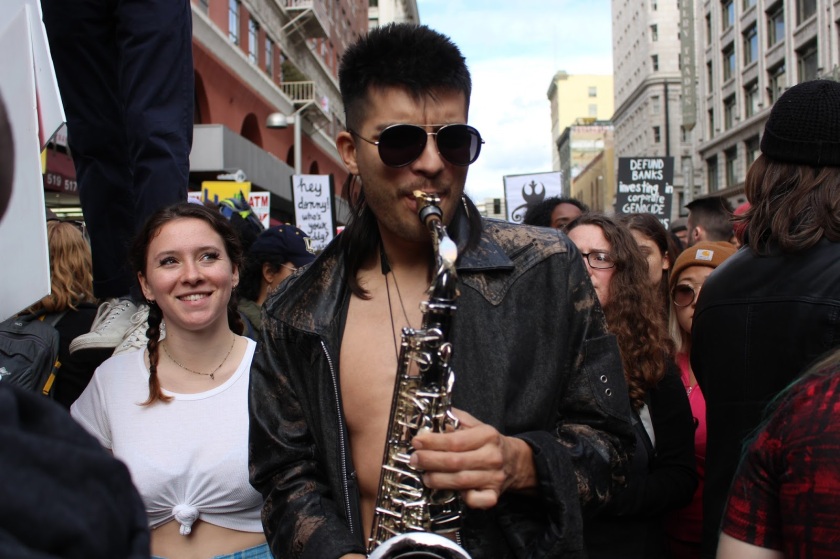 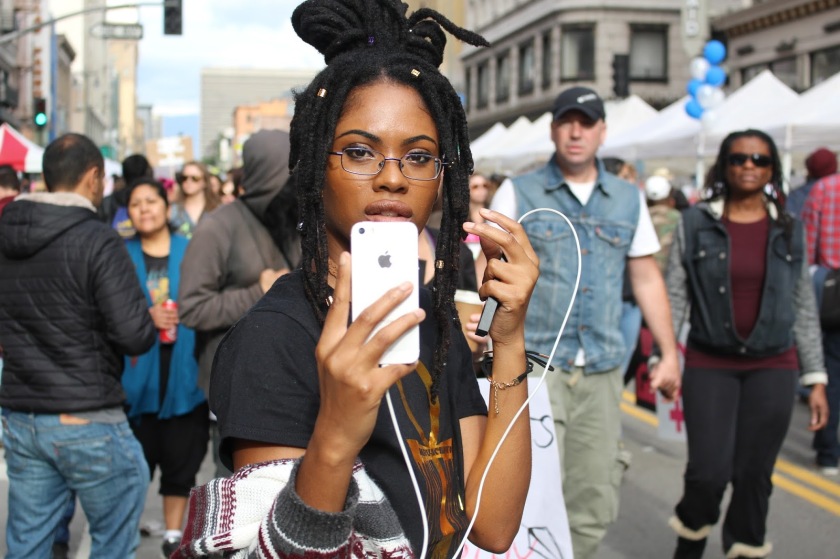 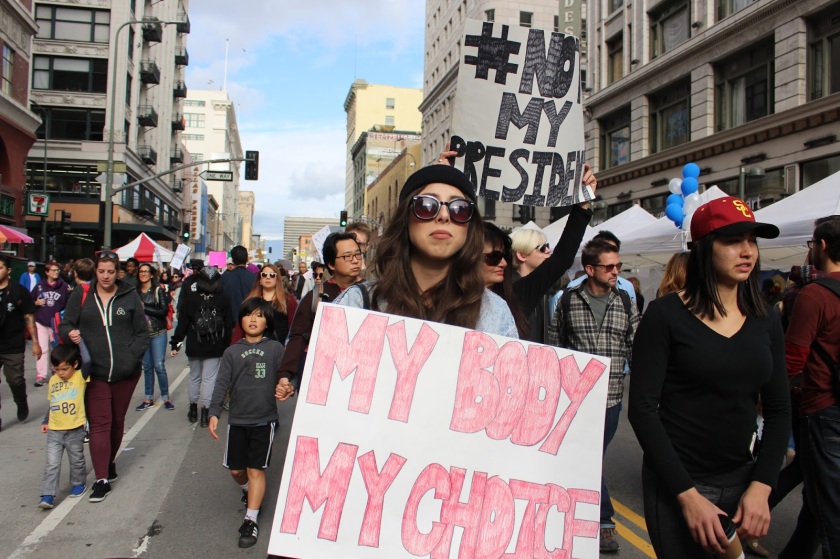 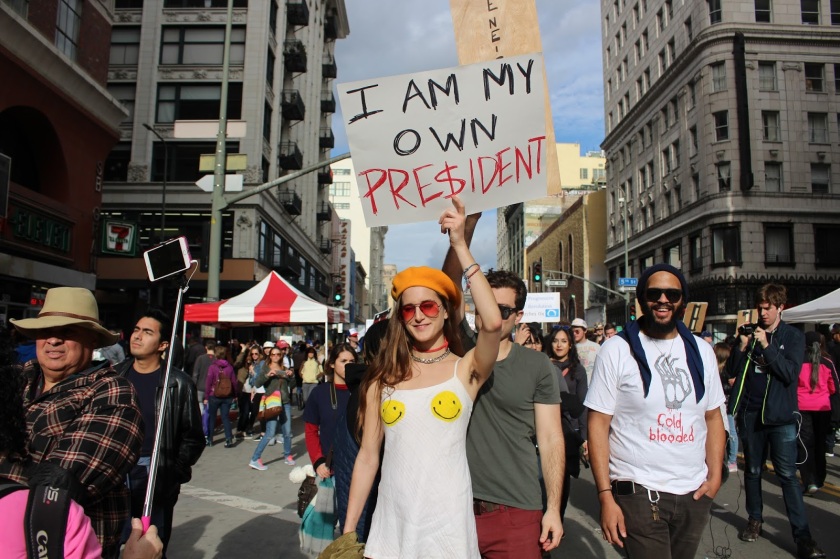 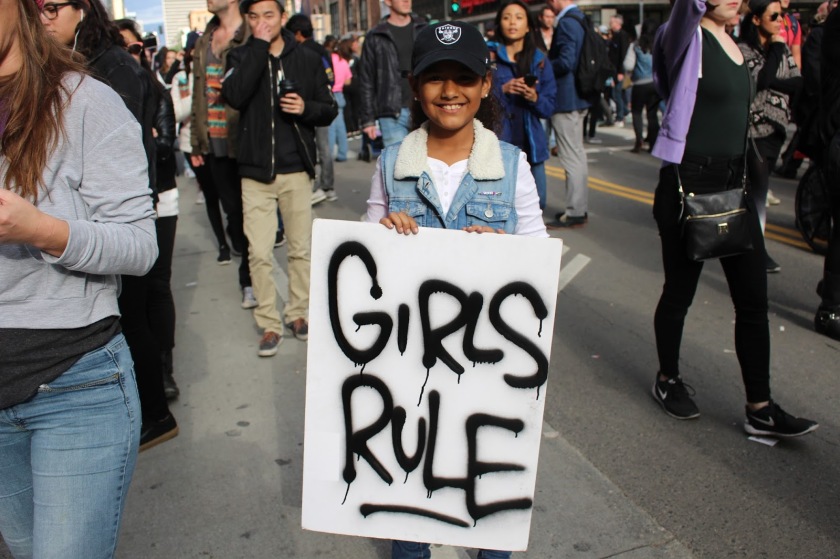 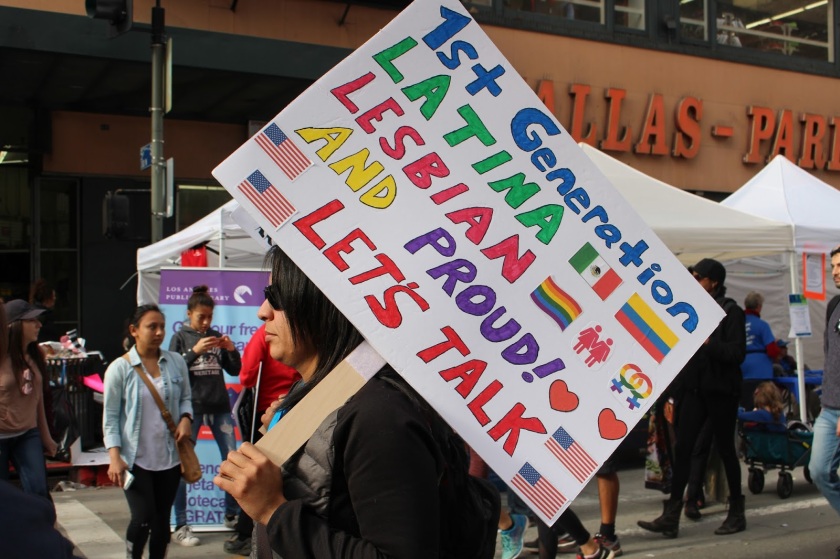 If you’re interested in where your state or city ranked in the tally or just want to see how many amazing supporters came out all over the world, check out this Google Doc! 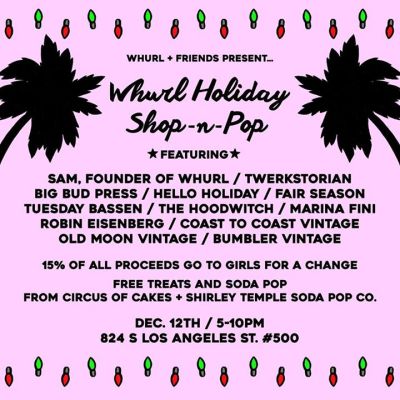 If you’re anything like me, you love to be original; what better way to do that than by wearing vintage  & thrifting up a storm. With the exception of thrift stores, I’m really not a fan of shopping in stores… especially for clothes. On Saturday, I stumbled upon a pop-up shindig presented by Whurl & friends.

“Whurl is a vintage clothing and accessories marketplace dedicated to changing the way we shop and giving customers a voice.”

Nestled in DTLA’s Fashion District (824 S Los Angeles Street, #500), more than a handful of vendors set-up shop in this cutely decorated studio space. Some of them were local, like amazing artist & designer Robin Eisenberg from RobinEisenberg.com, while there were those that came from states away like the gorgeous ladies of HelloHoliday.com, Megan & Sarah & many more. Not to mention, the grateful source responsible for me hearing about this event, Bri from TheHoodWitch.com

I’ve literally adored this goddess since day one of finding her on twitter a couple of years ago. I barely missed her pop-shop that happened earlier in the year, around the time I took a little weekend trip to Seattle WA, where she’s based now. That sure didn’t stop me from ordering a few crystals from her though. Which is why it was really nice to finally meet the great ‘modern mystic’, as well as experience the great sense of energy she brings with her through her beautiful pieces & products. 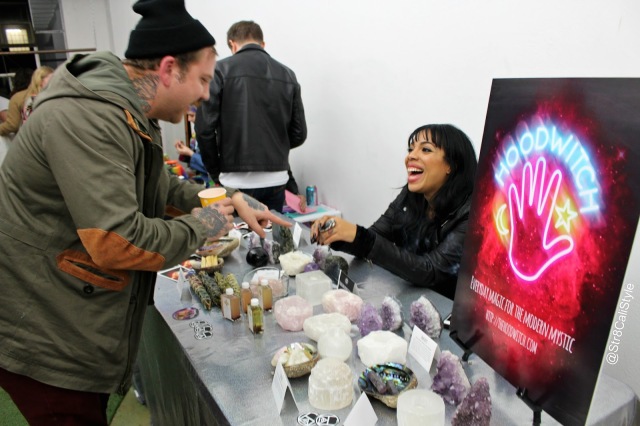 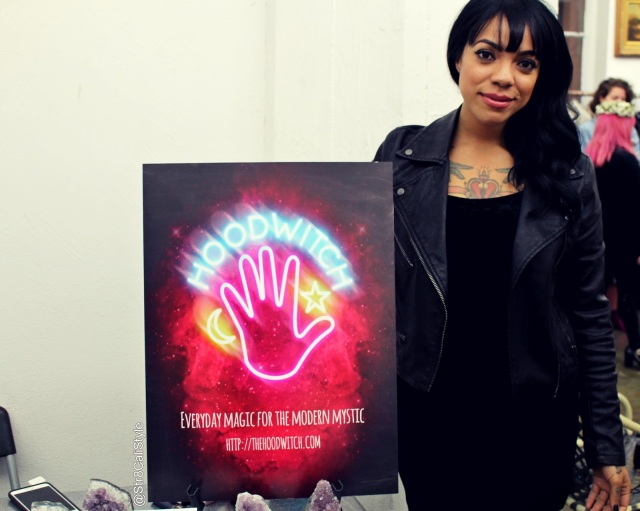 The HoodWitch
Continue to check out the pictures below from this awesome event. Did I forget to mention the rum-infused punch, sodas from Hollywood’s Original Shirley Temple Soda Pop, and sweets provided by Circus of Cakes? Oh, & to top it off, 15% of all sales will be donated to Girls For A Change, an organization that provides support programs for young girls living in low-income households.
Pretty damn awesome right? 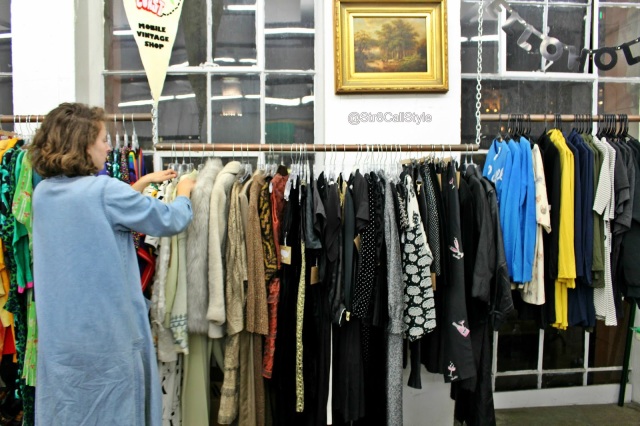 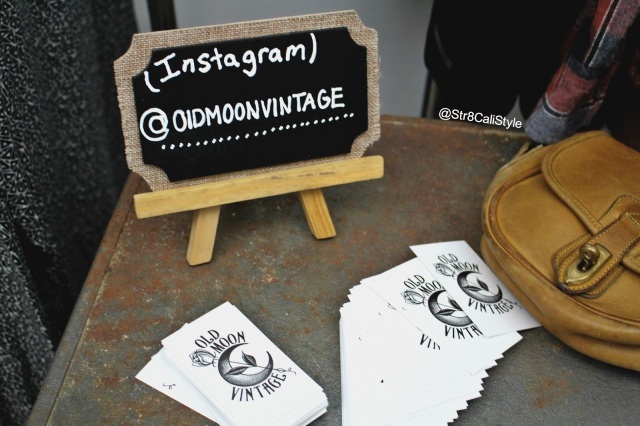 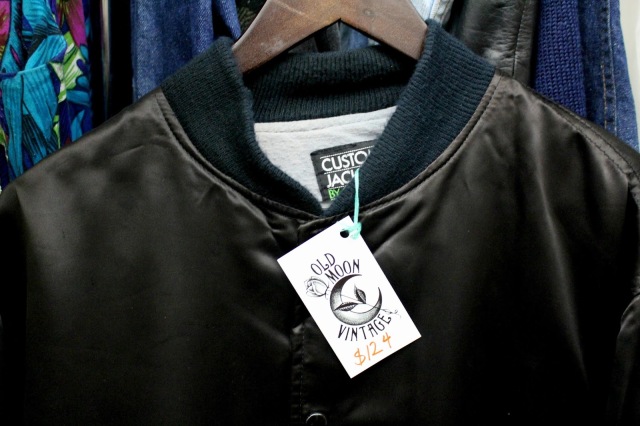 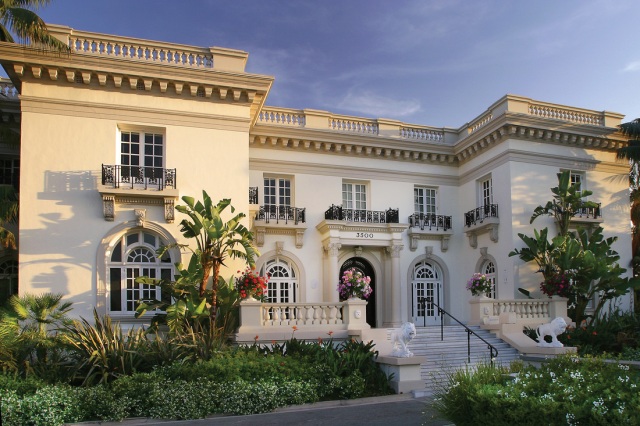 Photo Credit: http://www.peacelabyrinth.org/
In a world full of technological overload & constant movement, sometimes we forget the joy in simplicity. Learning to take a few quiet, timeless moments to ourselves is vital. With so much going on all the time, it’s best to try and cultivate a sense of self-awareness. This way, you won’t be in mental turmoil, constantly piling life’s daily leftovers on top of one another.
That’s exactly what I did when I came to the Peace Awareness Labyrinth & Garden. I’ve wanted to visit it for months, I just never made a strong enough effort to go. Fortunately, after a relaxing morning at the spa, I realized to my surprise, the garden wasn’t to far from where I was. It was that moment I knew I had to go.
When I arrived I inadvertently found parking on a little street adjacent to the building. It was a beautiful Father’s Day, bright & sunny but not scorching hot. When you walk up the the house you have to press the button to be buzzed in.
***Effective May 2015 – Eventbrite Tickets required to enter  grounds*** (Admission is Free)
Since I was a first time visitor, I decided to join along the tour the was being given of the “Guasti Villa.

History of the “Guasti Villa”

PAL&G is housed in a gracious Italian Renaissance mansion, called, in its day, the Guasti Villa. It was built between 1910-1914 by Secundo Guasti, who owned the world’s largest winery at the time. In 1937, Busby Berkeley, famous Hollywood director and choreographer, bought the Guasti Villa and resided there adding an additional touch of glamour to the property’s history.
(Read more…) 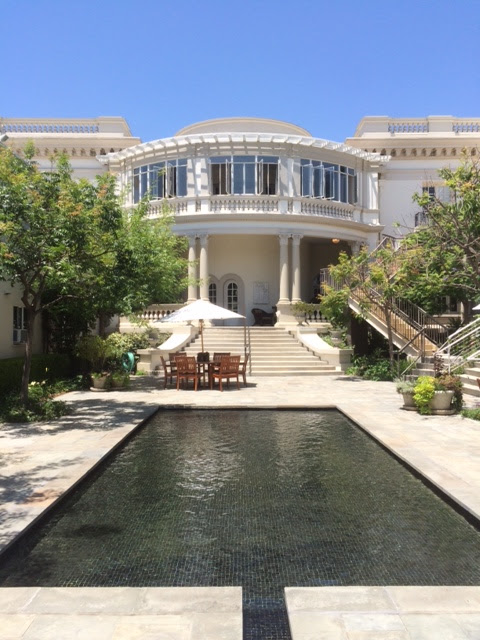 Once finished with my tour, I decided to do a bit a roaming. I first read my book in a little nook offside the labyrinth (I was waiting for people to finish walking the labyrinth. It’s said that the popularity of this place has soared recently which is cause for the eventbrite ticketing.) Once the coast was clear, I made my way to the labyrinth, bought up every though, worry, & confusion to the surface, then pressed along. They say the labyrinth is meditative. You’re supposed to allow whatever you need answers to or whatever you’re unsure of to be revealed to you as you maneuver your way through the twists and turns of scared geometry.
My tour guide mentioned that the difference between a maze & a labyrinth is the fact that a labyrinth doesn’t have a dead end, It always comes back full circle. Hopefully you’ll enjoy these pictures enough to maybe reserve a tour & visit. It’s a definitely a must-see for my peace seekers in the LA area. It’s one of those places you probably drive by a million times a day & don’t even realize its there.

You really have to get there to experience the true beauty of this place. The setting it beyond serene & the people you encounter are amazing!
Until next adventure!
-Twanie
Widgets